Make a Will, protect your family and support Paces this summer. Find out more >>

The influential Chair of the House of Commons Education Select Committee has been named as a Patron of Paces.

The Rt Hon Robert Halfon MP, a former Education Minister who himself has cerebral palsy, accepted the invitation to take up the role as he visited the charity’s High Green campus on Friday (8 December).

During the visit, which came at the end of Paces’ 20th anniversary year, Mr Halfon met with some of the school’s pupils, teachers and staff and heard about the work of the charity and its innovative conductive education programme to support those living with motor disorders. 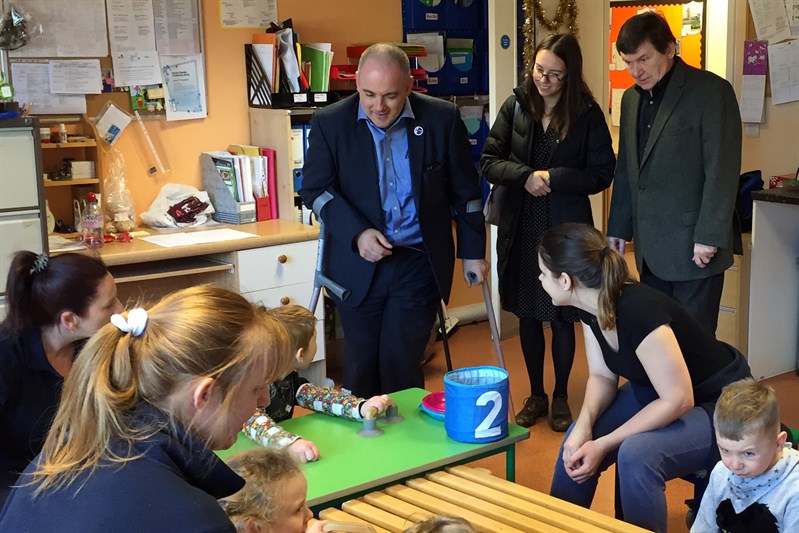 “I care passionately about supporting young people with disabilities and Paces is a national centre of excellence for supporting those living with cerebral palsy and motor disorders.

“When I was invited to become a Patron, I took no time at all to accept and am proud to support and promote this beacon of excellence and great education for children, young people, adults and families with their outstanding school and innovative conductive education programmes.”

Mr Halfon was accompanied on the visit by Dr Spencer Pitfield, Interim Chief Executive of Paces, who had invited him to become a Patron. Speaking about the appointment, he said:

“I have known Rob for a number of years and have been impressed by his commitment to ensuring young people have the best start in life – no matter what challenges they may face. This commitment makes him the perfect choice for our Patron.

“As Paces ends our 20th anniversary year, the appointment of such an influential Patron is an indication of our commitment to continue to find innovative ways of supporting young people, adults and families who live with cerebral palsy and motor disorders.” 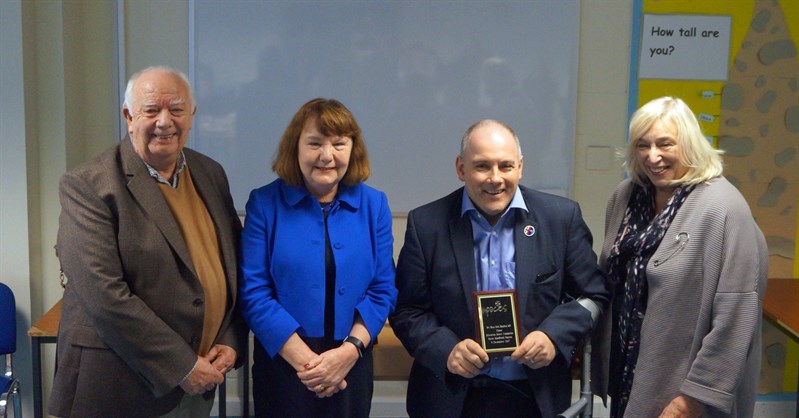 “I would like to thank Rob for both coming to Paces to see and hear about our work and for saying ‘yes’ to our invitation to be our Patron. We are passionate about the work we do here to support those of all ages with motor disorders, I know Rob shares that passion and I look forward to working together to inform more people about what we do and how we can help in the months ahead.”

Co-op Members have raised £3,398.69 for Paces in recent months after we were successfully named as a partner in their Local Community Fund.

We’d like to say a huge thank you to every Co-op Member, employee and shopper for their support in raising the money which will go towards our Inclusive Play Area.

Thank you to Sheffield United fans for their support as we held a bucket collection and showcased Paces on the big screen at the match against Ipswich Town on Saturday (14 October).

Volunteers from Paces, joined by Paces School pupils Nico and Shea, were among the crowd at Bramall Lane to ask for donations which will go towards our Wheelspin Roundabout appeal for phase two of our Inclusive Play Area.

During the match, Paces was showcased with a video highlighting what we do shown on the big screen.

The match saw a win for the Blades and it was particularly fitting that Paces’ Ambassador Chris Basham scored the winning goal!

Thank you to all our team on the day and every fan who supported us.

We were live on BBC Children in Need across Yorkshire on BBC One talking about our work to support children, young people and adults with motor disorders.

Vicki, Nico, Rachel and Benjamin did us proud discussing the work we do, how they’ve benefited from our support and how Children in Need’s recent grant will help more families in the future.

We’re excited that Paces has been chosen by BBC Children in Need to receive a grant of £80,629 over the next three years.

The grant will be used to support children aged between six months and three years with cerebral palsy to encourage them to become more independent, have better communications and become more mobile.

“Having the support of BBC Children in Need is an exciting milestone for Paces and our nationally-recognised work to support children, young people and their families living with cerebral palsy.

“The grant will allow us to continue, and extend, the help we have been proud to provide over the past 20 years and I look forward to seeing its impact in the months and years ahead.”

BBC Children in Need funding relies on the energy and commitment of thousands of fundraisers and supporters across the UK who donate their time and money to support the Appeal.

Whether it’s cake sales, wearing pyjamas to school or having a song and dance, every penny of the money raised goes towards supporting projects across the UK.

All grants go to projects working with children and young people living in the UK who may be affected by homelessness, neglect, abuse or poverty, or those who have faced challenges in their lives such as serious illness, disabilities and psychological disorders.

Paces Sheffield is registered under The Charities Act